Noogai3 draws a stick figure in Flash, right-clicks on it and clicks "Convert to Symbol". Any stick figure animation he makes can be set to differen levels, each one being harder than the last. He goes through "victim" (seen in Animator vs. Animation), "killer", "BEAST", and finally settles on "The Chosen One", the hardest difficulty. The Chosen One then pulls his hands towards its chest and causes a giant explosion, burning the select box in the process. He throws the flame from the explosion towards Noogai3, and breaks a scroll bar and uses it as a weapon against Noogai3. Noogai3 opens a library containing an arsenal of weapons, and throws an Axe at The Chosen One, who quickly grabs it and throws it right back at him, destroying a scroll bar. Noogai3 then drags out a shotgun and chooses "Aim and Fire". It then starts shooting The Chosen One, but he easily dodges the bullets and destroys the gun. Noogai3 then drags out a pistol and rocket launcher and again selects "Aim and Fire". A bullet and rocket is shot at The Chosen One, but he dodges the attacks. The Chosen One then uses a laser beam to destroys the weapons and the entire Flash interface itself. Some timeline frames (a reference to Animator vs. Animation) start falling on him, which he destroys with his fire breath. He then breaks the library window and escapes onto the desktop. Noogai3 minimizes the window and comes after him.

The Chosen One then begins to dig through the Recycle Bin and pulls out three files labelled "junk", "crap" and "crappy junk", but Noogai3 drags it away. He then rips up a text file named "songlist", flies up and burns through a Word document named "requiredessay", and uses the Mozilla Firefox icon to propel himself down to a cabinet file named "data", waking Firefox up. He begins rustling through the cabinet, but it is burned by Firefox. While attacking Firefox, The Chosen One accidentally hits AIM with fire, waking him up. Firefox launches himself towards The Chosen One, but The Chosen One kicks Firefox in the Recycle Bin. Firefox then blows up the Recycle Bin, releasing the deleted files, but The Chosen One quickly freezes it. AIM then uses Windows Media Player to launch explosive music notes towards The Chosen One, but the Chosen One grabs one of the notes and launches it towards Windows Media Player, blowing it up. AIM trips and falls into Paint, knocking the brushes out of the cup, and grabs two brushes, while The Chosen One grabs one brush.

AIM then grabs the Paint cup and smashes it over The Chosen One's head. Programmer021 is about to tell Noogai3 what to do, but The Chosen One grabs the chat window and smashes AIM in the chest with it, killing him instantly and causing the chat window to disappear. Noogai3 then right clicks on AIM, and all options are disabled except for Delete and two options for sending him to Heaven or a Graveyard. The Chosen One then summons a lightning bolt to strike Flash, burning it to a crisp.

He jumps on the Start button, and swallows the "Help and Support", "Search", and "Run" icons. HE then lifts the Turn Off Computer button and is about to step on it, but just before he is startled by the massive alarm noise made by Avast. Avast then sends a bunch of miniature lightning bolts after him, which he attempts to destroy but he is defeated within seconds. The Chest from Avast then catches him.

Afterwards, Noogai3 enslaves The Chosen One, and forces him to be a pop-up blocker. Noogai3 logs into a website while The Chosen One burns down repeated pop-ups. Defeated, he sits back and then the screen fades to black with "THE END". 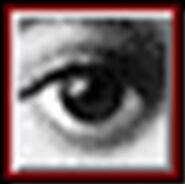 Actual icon of 7.0
Add a photo to this gallery

Retrieved from "https://animatorvsanimation.fandom.com/wiki/Animator_vs._Animation_II?oldid=14862"
Community content is available under CC-BY-SA unless otherwise noted.